BannerSaver™ is a patented light pole bracket which utilizes a spring tension system to keep banners in place during normal conditions and allows them to rotate as wind speed increases to reduce wind-load forces and light pole liabilities.

Independent tests, developed by TranTek Drive Systems of Traverse City, Michigan, were conducted to determine how much wind-load is transferred to a light pole using a variety of banner mounting devices including BannerSaver, a flexible bracket and a fixed bracket.

The test apparatus simulated a light pole and was equipped with sensors to detect banner deflection and pole forces. Known wind speeds were provided by Behr America, a subsidiary of Behr GmbH and Co. KG, in a calibrated wind tunnel. The nozzle was set at a midpoint condition of 8m2, and banners were positioned 12 feet away. These conditions assured consistent air distribution to the entire profile and allowed wind speeds up to 100 mph.

Forces were measured by a very precise load cell with a normal range of 0 to 500 lbs and a linearity specification of ± .0025% of full scale. Post-test wind speeds above 10 mph were certified by Behr as accurate to within 1%.

Wind tunnel tests performed using BannerSaver™ and two 30” x 80” banners showed that the wind-load never exceeded 200 lbs at wind speeds in excess of 90 mph, while other bracket systems yielded loads in excess of 500 lbs under the same conditions. 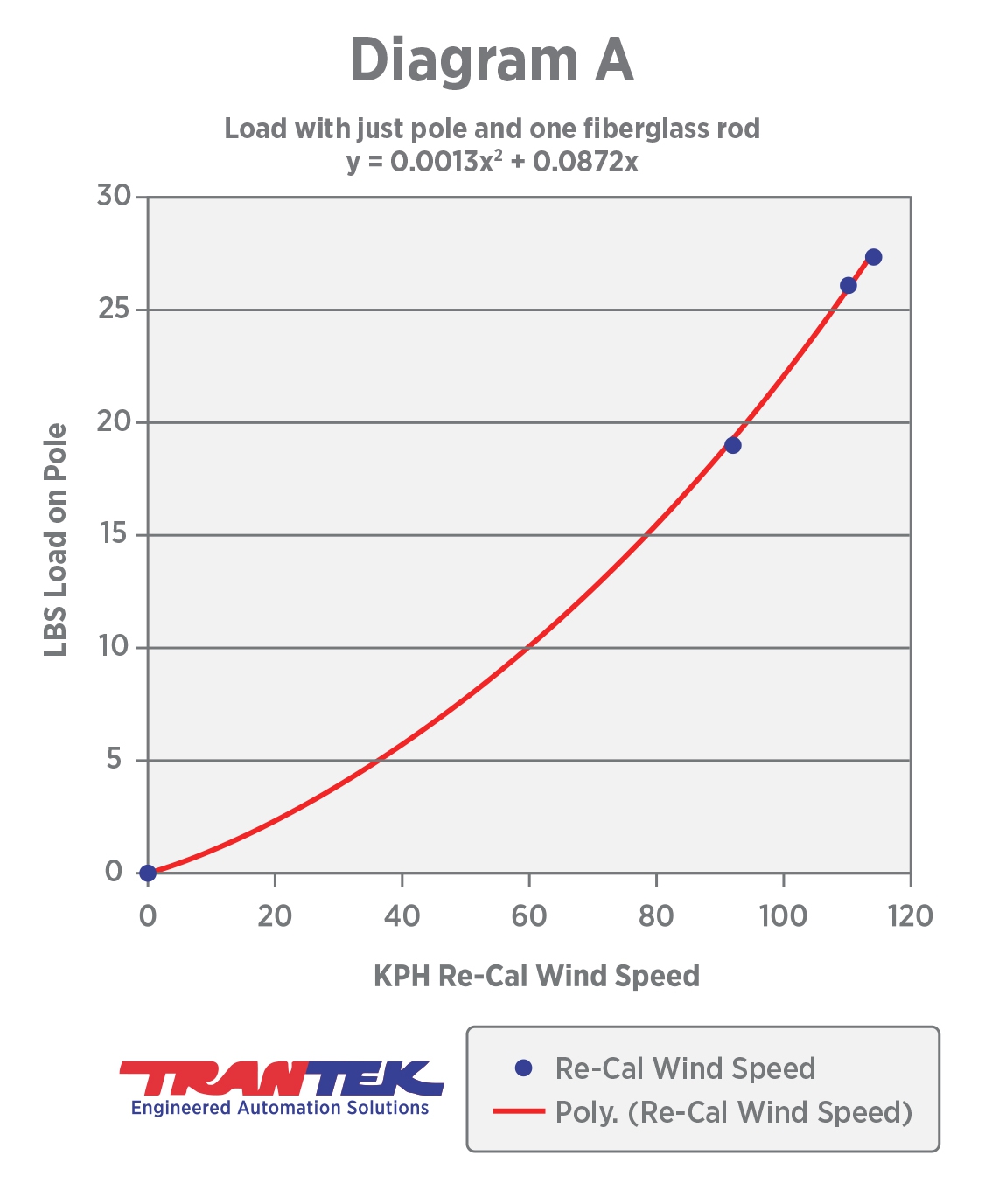 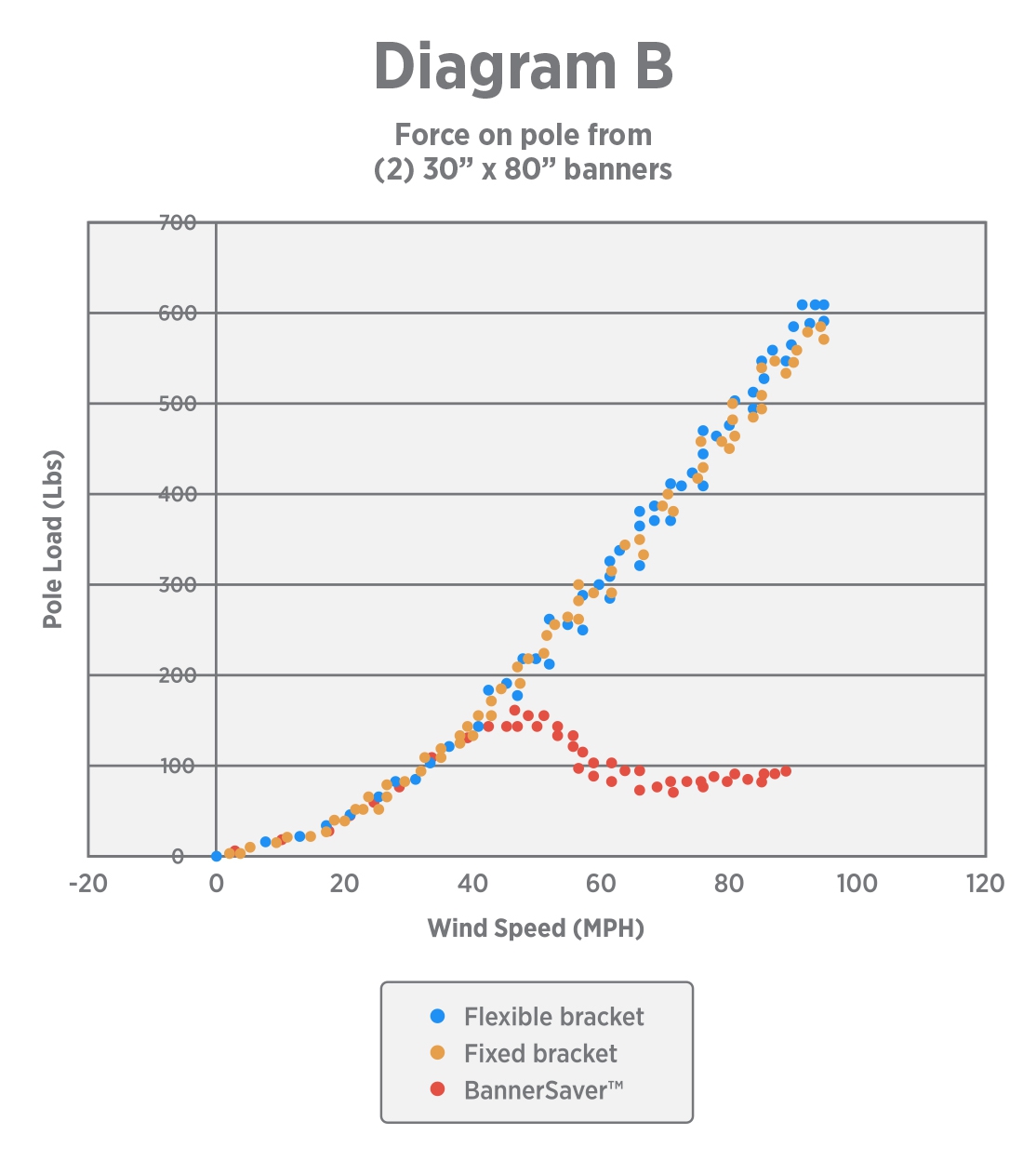 The most obvious and unique characteristic of the device is its ability to limit the forces to the pole by “spilling” the wind away.

In the test (see Diagram B) this spilling occurred between 42 and 52 mph. As the wind force overcame the BannerSaver™ spring force, the banners changed direction.

They started out perpendicular to the wind, then billowed and turned such that at over 70 mph the middle of each banner became partially hidden behind the pole.

Using the drag equation for air, derived from Bernoulli’s equation, the theoretical force at a given wind velocity can be calculated and directly compared to the measured force. From that comparison the reduction of banner area can be derived for each bracket.

The following table shows the reduction of banner area:

By clicking "I Understand" or continuing to use our site, you acknowledge that you accept both our Privacy and Cookie Policy. Feel free to check out our policies anytime for more information.